The same deep state aparatus that poisoned and T-boned Roger Stone, tried to rig the election for Crooked Hillary Clinton, and falsified intelligence reports to weaken the Trump administration, has now struck IPR-X. How did they attack? Let me explain.

You may have noticed no articles have been published here for several days now.  Deep state operatives hacked into our devices and put pornographic viruses on all of them. Now our devices cannot be used without thousands of windows of pornographic videos loading.  It’s anyone’s guess how long it will take the computer shop to fix the devices and/or if the deep state attacks again.

This was clearly a coordinated attack.  All our devices were hacked and given the exact same virus.  The deep state is doing this to silence us from attacking globalism and the anti-White agenda. They will not succeed. I am using a friend’s device to post this article. We will use whatever means necessary to get our message out.

Nice try deep state, but just like your failure to assassinate Stone, steal the election, or destroy Trump, you will never stop us.  We will continue to fight until we take back our country entirely.  This is our country. Forever.

IPR-X has just learned that prior to the 2016 election, President Obama performed a potentially illegal wiretap on President Trump and Trump Towers. Obama, a known liar, denies the story.

IPR-X demands the arrest of Obama and anyone else involved in obtaining this wiretap, likely meant to gain intelligence for the Crooked Hillary Clinton campaign.  We need a full investigation into this matter and to place Obama under arrest so that he cannot destroy evidence and/or evade capture, and so that he may face justice for a multitude of crimes.  This is just one of many potential criminal acts involving Obama that needs to be investigated thoroughly.

We also need to begin investigations of Obama’s ties to al-Qaeda, the Muslim Brotherhood, and the fraud behind the bogus Hawaii birth certificate.  We need to look further into Fast & Furious, the IRS scandal, the VA scandal, Benghazi, Solyndra, and the Bergdahl trade.  We need to investigate the potentially fictitious Osama bin Laden raid, Sandy Hook false flag, the arming of al-Qaeda and ISIS in Syria, and the wanton killing of civilians in Yemen and Afghanistan.  We need a probe on Pizzagate, Mexican and Saudi interference in the 2016 election, and whether the CIA was used by Obama for political purposes.

Obama needs to be brought to task for his crimes.  It is clear he is going to continue to undermine the country as a former president and that treason must be stopped. An arrest is the first step toward justice.

Someone named JT just left a powerful nationalist comment at IPR. I will post it below before the IPR moderators censor it for not adhering to their (dead) libertarian orthodoxy:

Why all the austistic screeching from the PC liberals and social justice warriors? President Trump is great. The wall is great. Getting rid of terrorists and sending them back is great. I hope he doesn’t just stop at keeping more of them from coming over but actually sends them all back. And why not just ban Islam, burqas and mosques? We would have way less problems if that happened. We need E-Verify and strict enforcement against anyone that hires illegals. Protect American jobs. 35% tariff, across the board. Get rid of all the other taxes, tariffs is all we need for revenue. No more social programs, build a military that is bigger and better than ever and put it at the borders. Develop American energy with fracking, nuclear, and more oil and gas drilling. Coal too. Fix the roads and bridges, put people to work with infrastructure projects all over the country. Get all the illegals outta here, and their anchor babies too.

Support the police and get tough with the criminals, put them in tent city jails all over the country like Sheriff Joe did in Arizona, and crack down on drugs like President Duterte is doing in the Philippines. No more of this black lives matter crap. Start really enforcing the laws. Then make the inmates wear pink underwear, break rocks, eat green baloney and listen to Newt Gingrich lectures. Make them all line up and pledge allegiance to President Trump every morning, noon and night. And stop hating on President Putin. We need to do what he did in Russia in putting a stop to the gay parades and getting prayer back in the public schools. He is a good man and a good leader and I am glad President Trump is going to be friends with him. We need a revival of patriotism, lots of flag waving and military parades and reversing the diversity. The whole feminism thing should go the way of the dodo bird.

We won’t need welfare anymore, America will be getting to work. No more criminals and loitering in the streets, they will be in work camps and the streets will be safe. And let’s get moving on that special prosecutor for Hillary Clinton. She can be in a jail work camp sewing uniforms for police officers like the trashy tramps from Pussy Riot when they got locked up. Pretty soon it’s going to be like the 1950s in this country, and that’s a good thing.

Madonna's admission that she had "thought about blowing up the White House" was cheered by #WomensMarch attendees.

Let that sink in. pic.twitter.com/ol6aPamfAH

After a visit from the Secret Service, Madonna tweeted the following (which she later deleted):

Madonna tweeted and then deleted this tweet! Make it go viral! pic.twitter.com/hNPnweo5LZ

We cannot overlook Madonna’s threat of terrorism. Before she ends up killing innocent people she should be locked up at Guantanamo Bay Detention Camp. We need to send a message that these threats will not be tolerated no matter who you are or once were.

It has become apparent that the IPR contributor known as “Tony From Long Island” is actually a troll, possibly of the government-paid variety, according to IPR’s resident conspiracy theorist Andy Jacobs.  Tony, who claims to have voted for Gary Johnson but constantly heaps praise on Crooked Hillary Clinton, often brags that he spent a large amount of time in prison.  What for?  He has not revealed, though he recently gloated about violently attacking an eighth grade child he accused of bullying.  As Jacobs must be fully aware, the prison system is a great place for the government to recruit infiltrators who can then become internet trolls.  Jacobs himself has been accused of being a government troll for constantly accusing others of being government trolls but this should not discount the validity of his accusation.  Tony, who claims to only post at IPR while at work (which has been suggested as being a government troll center), spends most of his time on IPR commenting about how much he hates Jacobs, but no one else.  In pretty much all of his comments where he is not expressing his hatred for Jacobs, he regurgitates Democrat talking points and attacks President Elect Donald Trump as if he is parodying the misinformed losers throwing a hissy over Trump’s election.  Lately on IPR he’s been palling around with the Cyberpig, an associate of Jacobs and someone who’s been trolling IPR and other sites for years.  Perhaps Tony and Jacobs are both government paid trolls, using their supposed hatred of each other as a smokescreen while they both unleash their trollery.  They may even be gay lovers, who met each other at prison and now work at the same government troll center.  Whatever it is, both are accusing the other of being a troll, and as they say, “It takes one to know one.”

Yes, the U.S. elections are rigged. Especially the U.S. Presidential elections. But it is of far greater magnitude than ballot box stuffing which is virtually nonexistent or dredging up past alleged indescretions. The very fact that there are only two major candidates, the democrat and republican, and only they are in the Presidential debates, is powerful prima facie evidence of the elections being rigged. Are there really in USA only two major candidates ALMOST ALWAYS, the democrat and the republican? The only significant exceptions in the past 100 years are billionaire H.Ross Perot the Reform party in 1992. And former President Teddy Roosevelt the Progressive party in 1912. Whereas many other nations have several major parties any one of which could be the eventual winner.
Yes, it is quite possible that there is an Israel v Russia competition involving the U.S. Presidential elections.
However, far more important is the influence…

I found this on Twitter. It claims to be from someone with inside information on Wikileaks.  It could be a huge deal if real. 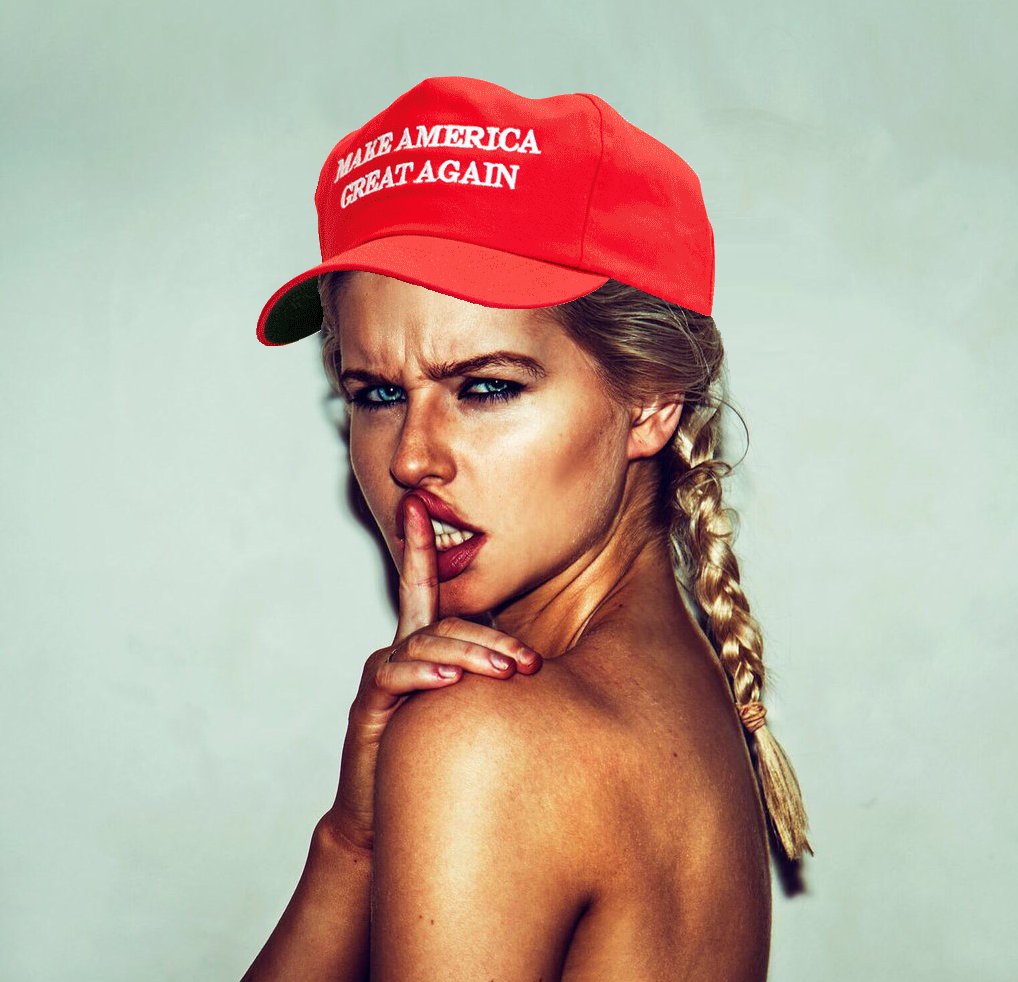