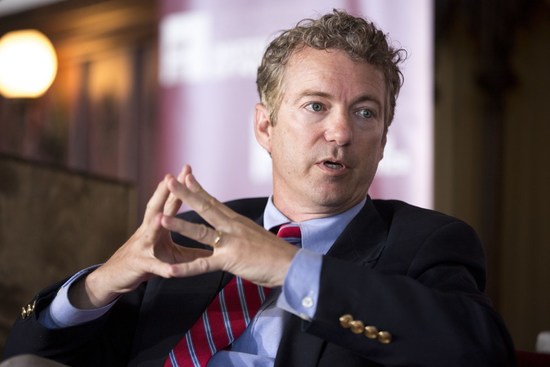 The esteemed Senator Rand Paul of Kentucky tweeted the following today, effectively endorsing my plan to Terraform Mars as a reaction to global climate change:

Despite climate alarmist predictions, humans will likely survive for hundreds of millions of years into the future. In the meantime, we should begin creating atmospheres on suitable moons or planets. https://t.co/qsBtkbsNAY

Unbeknownst to me at the time, Gary Johnson used my proposal of terraforming Mars as a talking point late in his 2016 presidential campaign.  This likely helped him win a higher percentage of the vote than he did as the Libertarian nominee in 2012.

Though Johnson’s use of the policy was strictly to win votes, Senator Paul is actually in a position of power and his endorsement can ultimately lead this movement to realization. 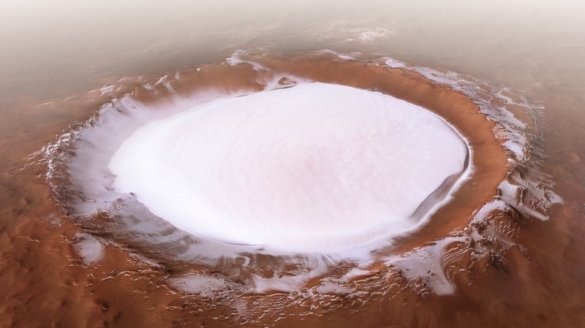 NASA tweeted the above photo the other day showing a massive Martian crater filled with snow.  It is plainly obvious what they are doing here.  The image looks like a gaping gay anus filled with semen.  Don’t believe me? Compare the image to this (NSFW), which shows a gay anus after a penis ejaculated inside of it.

Perhaps NASA is attempting to connect itself to the trending LGBTQ agenda.  Even though homosexuality is deviant, ungodly and unhealthy, maybe this will help raise awareness of the movement to terraform and colonize Mars, something the survival of the human race depends upon.

Everybody, even the haters, praised President Donald Trump’s speech last night.  That’s great.  But everybody seems to have missed the most important point Trump made:

American footprints on distant worlds are not too big a dream.

Trump has been the best president on space exploration since John F. Kennedy, the one who pledged to put a man on the Moon. Trump has called for a return to the Moon, where we need to establish a base, and most importantly, he has called for a manned mission to Mars.

We need to go to Mars as soon as possible to begin the process of terraformation.  Earth will not support us forever and we have to ensure the survival of our species. The importance of this cannot be overstated.

It is great that we finally have a president who understands this point. 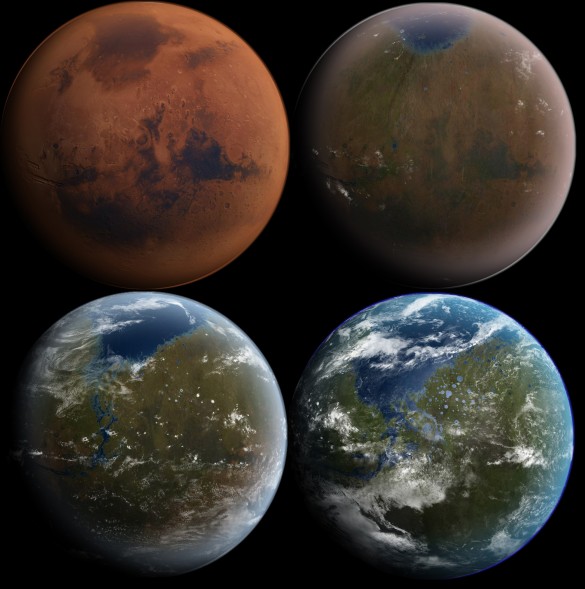 Over at The Other Place, on a story about Transhumanist Zoltan Istvan, “Just Saying” writes:

I can see it now. Once the Libertarians accept Zoltan and transhumanism — don’t laugh, they embraced Goofy Gary, who once suggested on national television that the solution to global warming was space colonization — the party will have to come up with a new slogan.

First of all, concerning the actual story, I like Zoltan Istvan.  He is using the correct, scientific approach to politics.  Hopefully that means he will also embrace pro-White positions since these are entirely based on scientific realism.  While Zoltan has no realistic chance of winning as a Libertarian, I hope his run for Governor of California awakens the masses to science-based politics.  Gary Johnson AKA “Goofy Gary” was foolish for passing on Zoltan for his running mate in 2016, choosing statist Bill Weld instead (thus creating the embarrassing Weld my Johnson ticket).

The comment on IPR from “Just Saying” alerted me to something I did not know. Apparently, Gary Johnson’s 2016 approach to climate change was exactly the same as the approach I first put forward in 2014:

It is indisputable that climate change will soon make Earth unlivable, but we shouldn’t pretend we can do anything to reverse it. Ultimately, we will choose either to perish with the Earth or find a new home. Given our limited capabilities Mars may be our only option.

Last September, Gary Johnson used this idea of dealing with climate change through human relocation during an interview on This Week:

“We do have to inhabit other planets. The future of the human race is space exploration,” Johnson told ABC News’ George Stephanopoulos on “This Week” in offering a response on how to address the challenges posed by climate change.

I did not know Johnson took this position on climate change.  It obviously came from me, since I too was a contender for Libertarian Party’s 2016 presidential nomination, and so, I was on Johnson’s radar.  I wonder how many other ideas Johnson took from me.  I have no way of verifying this, but perhaps my ideas are the reason Johnson’s vote percentage took such a jump from the 0.99% he won in 2012 to the 3.3% he won in 2016.  If that is true, imagine how much the party would have won if I was the nominee rather than Goofy Gary.

Perhaps it is for the better that that did not happen.  Libertarianism turned out to be dead.  And Donald Trump winning the election was best for the nation and White people in particular.  In fact, a Trump presidency will make it easier to implement the agenda I put forward during the 2016 campaign:

These things might not happen but they are much more likely under Trump than any other president in recent history.